Thanks to a very generous grant from the Kulturstiftung des Bundes, we're already able to announce the program for Yiddish Summer 2016. And what a program it's going to be! We'll create two new large-scale performance pieces with directing teams from North America and young artists from all over Europe, produce the world's first symposium on Yiddish Historically Informed Performance (YHIP) and expand both the workshops and the Festival Week. Bobe mayses?* No, Yiddish Summer Weimar 2016!! So check out the plans below, spread the word, come join us, and keep your eye on this website for breaking news! And remember... Uncle Avreml Wants YOU!

Bobe Mayses?
European Legends and Yiddish Border-Crossings
in the Other Music Academy (OMA) 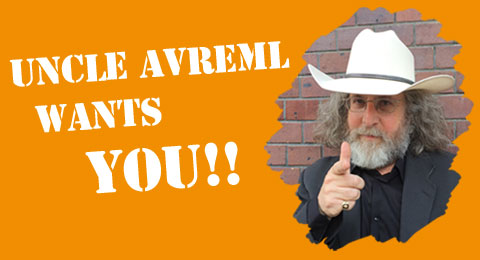 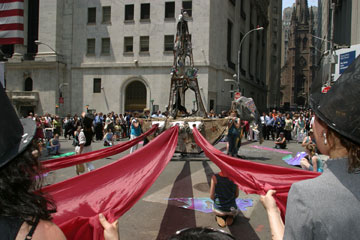 Aug 1 - 6       Bobe Mayses and Gilgul premieres, evening concerts and many more offerings (Mini-Workshops, Intro-ductions, Meet-the-artist and more) during the day.

* Bobe Mayse is the Yiddish term for an ‘old wives' tale.’ It derives from the Bovo Bukh by Elia Levita Bakhur which tells the incredible adventures of Bovo d’Antona, a Jewish knight. The story itself is based on an English chivalric romance. The Yiddish version, written more than 500 years ago, was so well known amongst Yiddish speaking Jews in Europe that the term Bove-mayses (fantastic tales) came into existence which then turned into Bobe Mayses in current eastern Yiddish.

Yiddish Summer Weimar 2016 is a project of other music e.V., directed by Dr. Alan Bern, and made possible thanks to generous funding from the German Federal Cultural Foundation, the City of Weimar and numerous other public and private supporters.