"IMAGE BEFORE MY EYES" 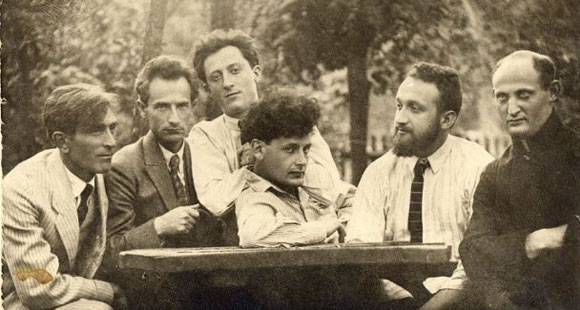 
IMAGE BEFORE MY EYES (1981): Running time: 90 Min
documentary feature exploring the rich, variegated Jewish civilization of pre-War Poland, integrating archival music, stills, and rare travel films shot in the 1930s. Interviews range from a former mayor of a New York suburb who describes his youthful Polish patriotism, to a Brooklyn housewife who sings the Yiddish songs of teachers, tradesmen, and beggars she learned as a child in Warsaw. A Cinema 5 release. Awarded the Silver Ducat at the Mannheim Film Festival. Broadcast on PBS and on European and Israeli television. 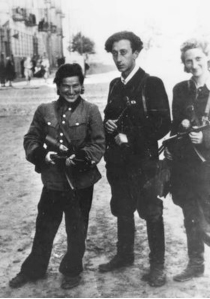 documentary feature on the moral dilemmas faced by Jewish resistance fighters against the Nazis from the formation of the Ghetto and the creation of the armed underground to the partisan warfare in the forests surrounding Vilna. In Yiddish, Hebrew, English, Russian. A European Classics release, major funding from the National Endowment for the Humanities.
Broadcast on PBS’s POV series, and on European and Israeli television. Berlin Film Festival. Anthropos Film Festival First Prize. 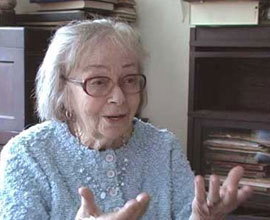 an intimate portrait – in words, song, photos, and paintings – of the “feisty octogenarian” from Vienna and the Bronx whose masterful Yiddish songs have won a world-wide audience and carried forward the tradition of Yiddish song into the 21st century.
Produced and distributed by The League for Yiddish.

Photo: Beyle Schaechter Gottesman, interviewed in her home (frame from the film).